Wow! Has nothing exciting happened in over 2 years! That's pathetic! I needed to test this widget, so I came here. Three of my favorite people!
Posted by jamie camp at 3:27 PM 1 comment: 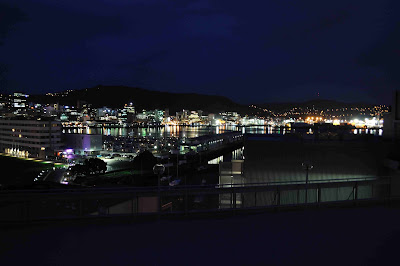 After a few hours sleep, morning on the bay and off for a capachino and first day on the job. 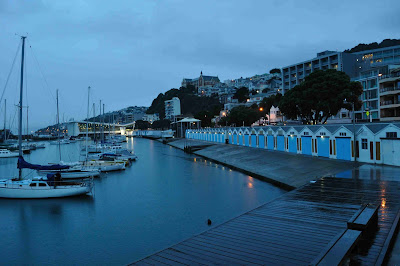 The morning was a little blearing but still pretty. The yact club is acroos the street. 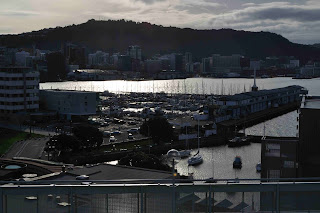 Howdy Howdy from down under.
After 28 hrs of traveling the end of the day at Oriental Bay.
Posted by cc454 at 2:13 PM No comments: 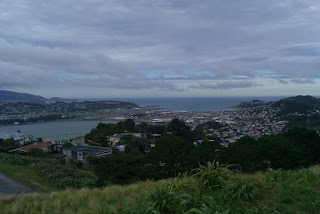 Chuck is in New Zealand! All in all, it took him about 24 hours to get there, if you can imagine. He sent a couple of pics from the future to share his first morning with us. He's pretty groggy, but he managed to get a few pics sent! Hooray!! He took these near the place he had his first NZ breakfast! It looks a little overcast there.

He said he ate his favorite "abroad" breakfast this morning--Eggs Benedict w/ salmon patty. That's much like what he had at the hotel on the bay on our last morning in Victoria, BC. It was soooo delicious that that has been his favorite special breakfast ever since. He said there were no sea planes this time though!
I think he's in Wellington right now. He said he was working, but was pretty tired. :( Hopefully more later!
Posted by jamie camp at 5:59 PM No comments: 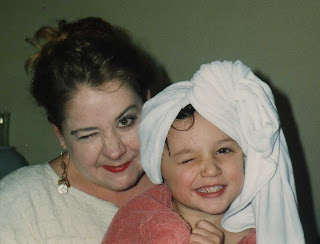 Twitter is an odd tool, and I can't believe that I enjoy it as much as I do! Through Twitter, I've connected with a wildly helpful group of educators that has become so important to me in my professional life--people that I "know" only online, but that I've come to trust and rely on as my authentic personal learning network.

I follow a few other people on Twitter as well, some friends IRL (in real life), and a few that I think of as friends, even though we've never met. It's an odd thing, these virtual friends--most of my local friends/family think I'm just weird.

Here's a short audio clip about a virtual friend of mine in England--a lady that I have grown quite fond of. Her Twitter name is Granumentally (grandmother of Documentally, who does the typing for her when he visits). Read and listen to her story, and her grandson's here.

Anyway, below is a recent audio clip--a bittersweet observation by a devoted grandson. I think we can all learn from it. Thanks for sharing, @Documentally and @Granumentally !

Posted by jamie camp at 8:04 AM No comments: